Alcohol addiction, also known as alcoholism, is one of the most common addictions in the United States. Many consider this an insidious addiction because it’s a habit you’ve formed over time and one you may deny exists. Most people honestly believe that if they wanted to stop drinking, they could – but nothing could be further from the truth. The grip alcohol addiction can have on you rarely goes away without professional help and intervention.

We understand it can be challenging to overcome alcohol addiction. Not only is alcohol legal, easy to get and inexpensive, but it’s also seen as sexy and glamorous in television shows, advertising campaigns and on social media. Because you can get it almost anywhere – convenience stores, gas stations, drug stores, grocery stores, restaurants, at the movies, concerts and sporting events – it’s also one of the most commonly abused substances.

I’m Not A Falling Down Drunk

A problem with alcohol usually exists when drinking becomes a focus in daily life, meaning you can no longer control your drinking and you depend on it to get through the day. You don’t necessarily have to be rolling on the floor drunk to have a severe dependency on alcohol. In fact, many people may be able to hold down a career and drink in a way that is still incredibly damaging. Alcoholics are usually physically and psychologically tied to booze and feel compelled to drink at every opportunity.

We offer a state-of-the-art Medical Detoxification Program that detox patients safely, effectively and without any discomfort. After a medical detox, the patient enters our residential treatment program to start our treatment process which is necessary to get sober and begin their recovery journey.

Binge drinking can start in the teenage years or even earlier, though it’s not uncommon for adults, even the elderly, make binge drinking a habit, too Binge drinkers are usually men who drink five or more alcoholic beverages in a two-hour time period or women who consume four. While someone who only binges occasionally can stop, people with alcohol addiction may want to stop drinking but will not be able to without help from professionals.

Studies have shown that those who use alcohol as a teen have up to five times the risk of developing a dependence on alcohol compared to those who began drinking at 21.

Alcoholism is tricky to “identify” in your loved one since there are many levels of alcohol abuse, and some are less obvious than others. However, you may be able to spot some common behaviors and signs, indicating a person may have an alcohol problem. These signs include:

There are five kinds of alcoholism. It’s important to recognize if you or a loved one falls into one of these categories.
Our well-educated, experienced professionals can help you overcome this debilitating dependence on alcohol no matter what type applies to you.

Below is a brief description of the five types of alcoholism:

This type of addiction affects young adult drinkers who don’t have family histories of alcoholism or co-occurring mental illnesses. Many of these individuals deny that it is an issue. Instead, they merely define it as a lifestyle choice that’s appropriate for their age group. Many even say, “What’s the harm in having a good time.”

This type usually affects middle-aged and successful people who have a stable job and a supportive family. Most often trend of alcoholism runs in the family, and it also is co-occurring with depression. Many alcoholics with this type of alcoholism often evade treatment for years. To most of their friends and family, they seem to have an “acceptable” relationship with alcohol, manage to maintain employment and take care of their families. Just because they are not falling-down drunks doesn’t mean they are not alcoholics.

This unhealthy relationship with alcohol is most often characterized by middle-aged people with a family history of alcoholism and have been through a significant depressive episode.

With this type of alcoholism, people of any age with family histories of alcoholism, a history of mental illness, and addictions to other substances can be affected.

Many people drink to feel the “buzz,” but over time alcohol abuse can take its toll on the body. These side effects can persist well past the initial period of intoxication. Some short-term side effects include:

The long-term effects of alcoholism can be severe. The irreversible harm to your body and organs may even lead to premature death. Alcohol abuse may cause the following long-term damage to your body:

Alcohol is a poison; we often forget that. Let us help you rid this poison from your body and live clean, happy, joyous and free from addiction. 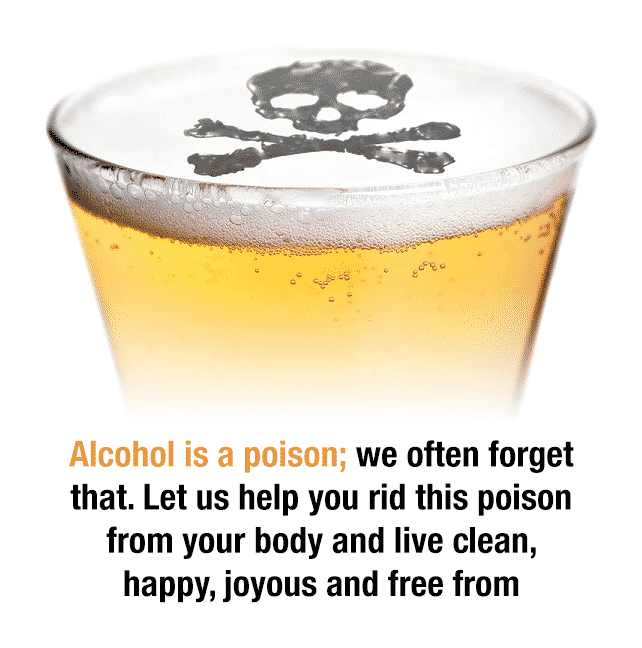 Many ask, “How do I know if I have a problem?” Identifying that you have a problem is usually easier than finally admitting you are an addict and need help to get clean and take back control of your life. Here are a few warning signs to look for if you suspect you or a loved one has a drinking problem:

Worrying where your next drink is coming from

Waking up and immediately reaching for a drink, or feeling the need to have a drink first thing

Help is only a phone call away! Call us today.

We offer confidential, convenient and comfortable transportation
services from local airports to our facilities.